A report by Amanda Wilson, photographs by Charlie Gobbett 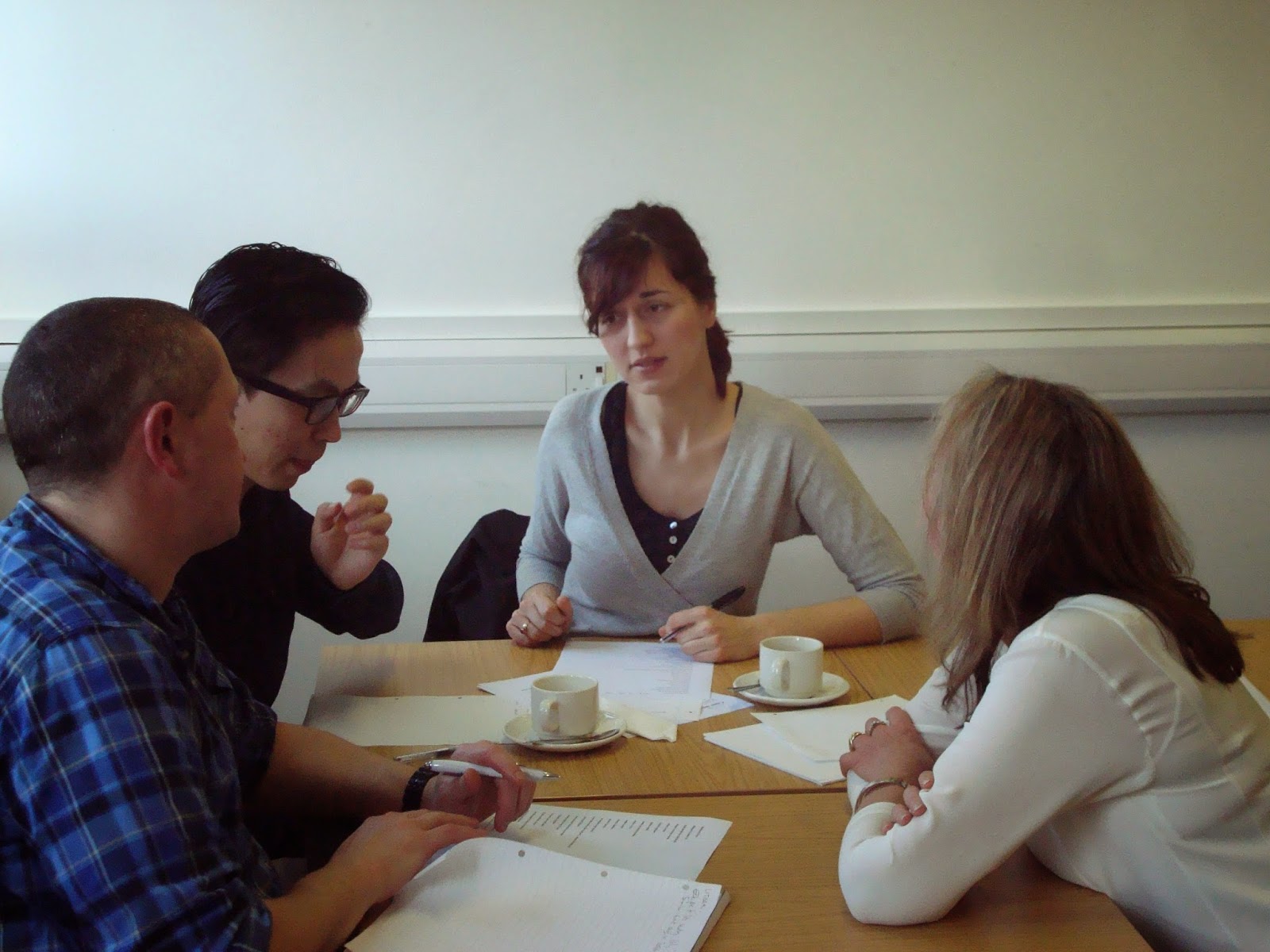 Friday 20th March 2015. Not your average Friday because of the partial eclipse forecast for the UK. Everywhere people flocked outside in their droves to catch a glimpse (from behind ‘eclipse glasses’ or using pinhole projectors, naturally!) and outside the Main Building at Aston University was no different.
Thanks to Emmanuelle Jeannot who brought some glasses along, members of the West Midlands Group were able to safely view the eclipse before getting stuck into their Translation Workshop and AGM. Who said that AGMs are dull and boring?!
For me the eclipse was overshadowed by the WMG event! The day was lively with a festive atmosphere, ‘partially’ due to the eclipse but probably more to do with the opportunity for networking with colleagues old and new.

Once everyone had made their way inside for coffee and the welcome, groups were formed for the translation workshops; French, German, Italian and even Danish this time. Colleagues had brought along texts either about solar eclipses or containing rhymes and other translation challenges. The French translation workshop I joined tackled the song Le soleil et la lune a 1930’s song by Charles Trenet. The song is about an impossible meeting of the sun with the moon and is a metaphor for romantic rendezvous between men and women on Earth. The most obvious challenge was to match our translation to the music of the song. Beyond that we also discussed how we would deal with the gender of the sun (Mr Sun?) and the moon (Lady Moon?) and discovered that translating into Polish would be even harder than into English  because the moon is a masculine noun and the Sun is neutral! 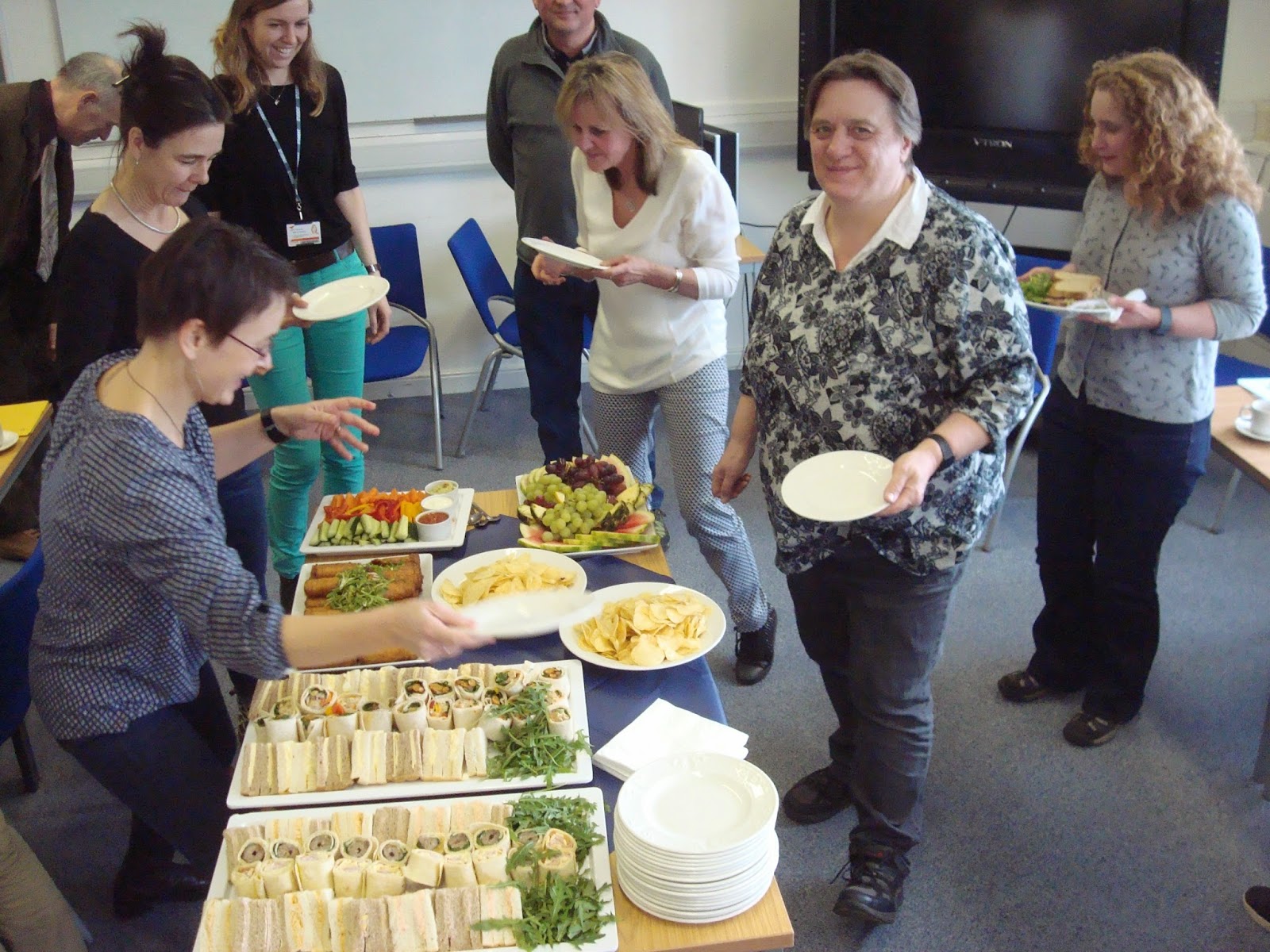 After refuelling with a sandwich lunch we moved on to the serious business of the day: the AGM.
Fortunately that was all concluded quickly and painlessly and we were soon listening to Lloyd Bingham’s talk about Twitter. Very practical, especially for those of us just starting out because we could then join in at the TweetUp organised by TweetOutWest after the workshop at Aston. 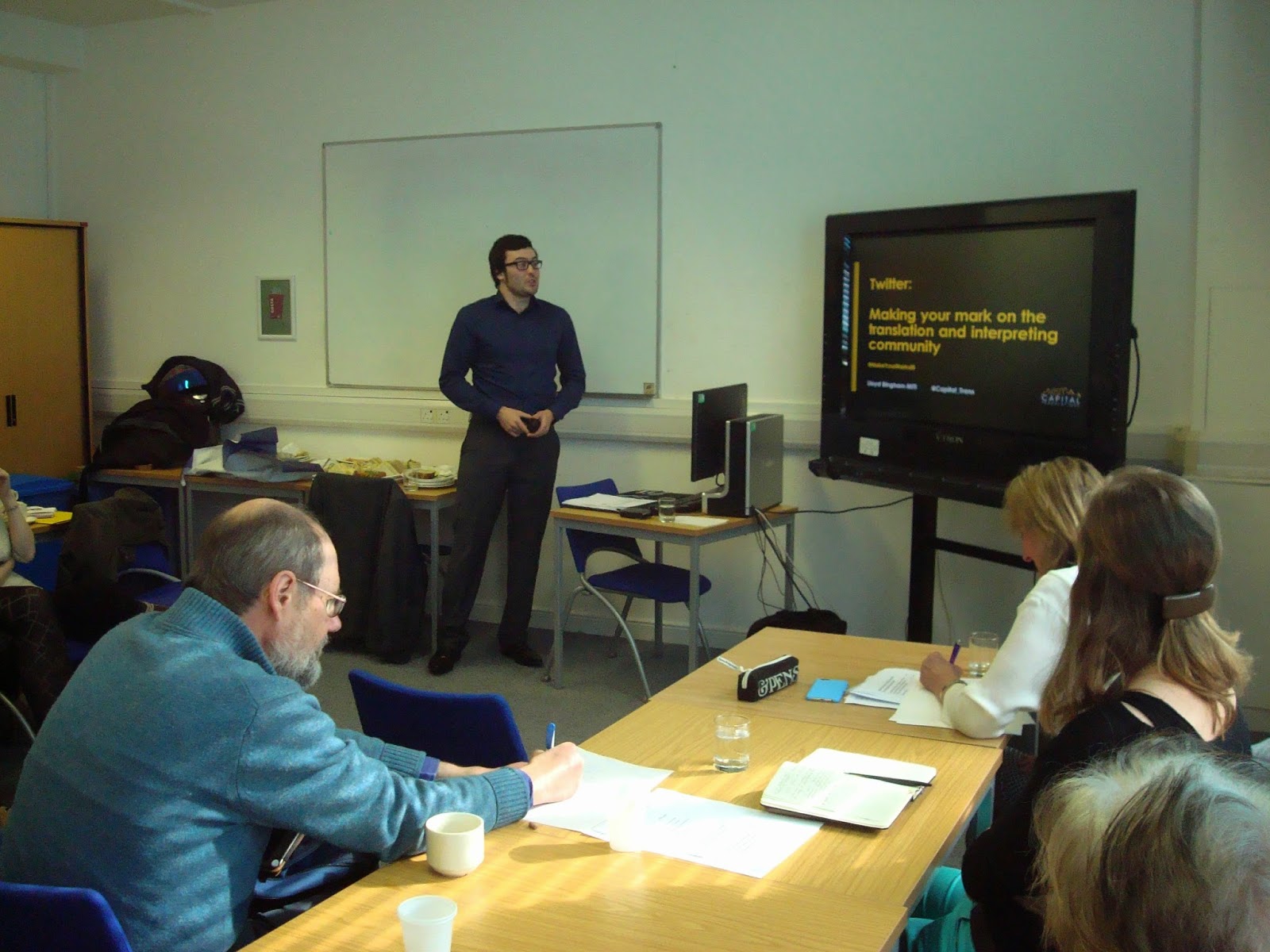 In the afternoon translation session, I stayed with the French group as Emmanuelle Jeannot had brought along some French idioms for us to look at – some of these were really intriguing but Emmanuelle gave us print-outs of the meanings and origins to help us understand them. Who knew that cats feature in so many French idioms! “Chat échaudé craint l’eau froide”, literally a scalded cat is scared of cold water (I wonder if this is where scaredy-cat comes from?) is equivalent to the English proverb “once bitten, twice shy”. Great tip: You can sign up to Expressio.fr and receive French idioms daily.
To finish off the day we relocated to Bacchus Bar in the Burlington Arcade to practise our new-found Twitter skills and socialise with colleagues. Bacchus is a bit of a find; on Birmingham’s oldest street, with its imposing vaulted interior, it’s like being in an abbey and surprisingly the prices weren’t sky-high! Linguist Bingo got everyone networking with questions like ‘what’s your USP?’ or ‘what’s the strangest thing you’ve translated/interpreted?’. One lucky person’s most exciting assignment was interpreting for a contestant in a treasure hunt around London for a luxury cosmetics brand. 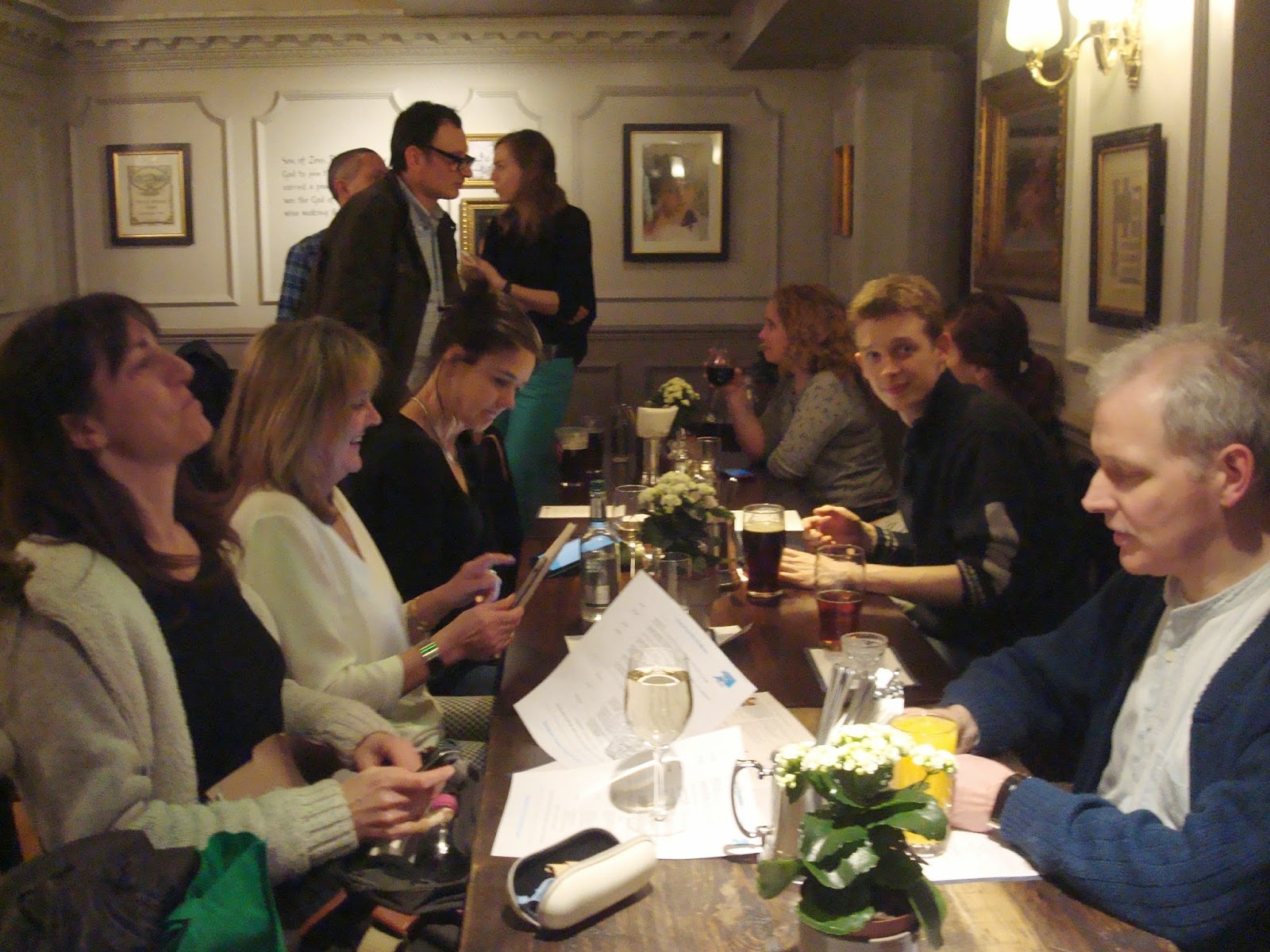 Sadly, they didn’t get a goody bag! And here’s a great suggestion for an ‘ideal CPD event’: Something combining wine-tasting with translation.


Many thanks to the organisers, Juliet Hammond-Smith and Charlie Gobbett, for such an enjoyable and interesting event. The next total eclipse isn’t until 2090 in the UK but fortunately we won’t have to wait that long till the next WMG event; the 10th anniversary summer walk is on Saturday 19 July 2015! All being well, it will be in the Severn Valley near Highley, scene of the first walk in July 2005.
Posted by Ulrike at Sunday, April 12, 2015